Release time：2018-07-13 15:32:00
On July 10th , the Trump administration announced plans to propose additional tariffs on US$200 Billion worth of Chinese goods and released the tariff list. LEDinside analyzed the list right after the announcement and anticipated that the new tariff list might hit the LED industry in China. The previous tariff list addressed mainly intermediate goods and had limited impacts on LED companies in China as the exported goods of the categories from China to the U.S. were worth US$175 million. The tariff majorly influenced U.S. based companies such as Cree, who has factories in the U.S. and has to buy the intermediate products from China for manufacturing.

However, the second tariff list covers a wider range of LED products, including more than 10 items of LEDs and lighting categories with higher trading amount. In 2017, some of the Chinese exported lighting products were worth over $5 billion. 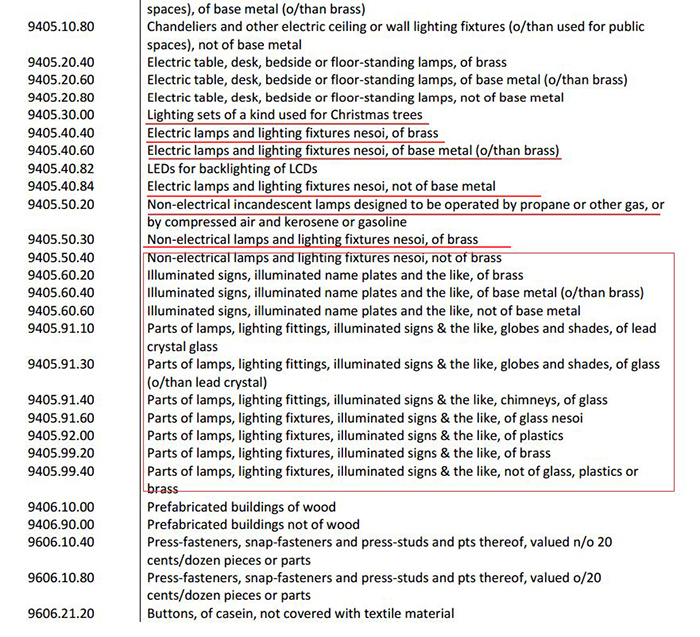 LEDinside has listed the LED products that may have been affected by the tariffs:

The U.S. has been an important export market for the end-products of the Chinese LED industry including lighting products, if the $200 billion tariff list is certain, the impacts on the Chinese LED industry will be unavoidable.However, the lighting businesses in China have great advantages in overall cost compared to other areas and has therefore become the global center to produce lighting products. More than 85 percent of LED lighting products are manufactured and assembled in China.As a result, it would be difficult for the consumers in the U.S. to find alternatives made in countries other than China even with the 10 percent or more tariffs. It is estimated by LEDinside that the extra cost of tariffs will be shared by the U.S. consumers and Chinese producers. DOWNLOAD NOW